Since 1987, we have been breeding Arabian thoroughbreds at Domaine de Gargassan in the Bordeaux region, focusing on the natural versatility of the breed. The breeding owes its reputation to the quality and the mentality of its horses in endurance, show and leisure. Our ambition is to create our lineage with beautiful and good horses, able with the same origins to distinguish themselves in different disciplines.

Our aims of breed

"I would be even more contented if Azziz would inspire those people who doubt the possibilty of an arabian horse to be both: beautiful and good. In 1991, one assumed him to have show genes. However, he originated from an old russian-polish line which focussed on athletic qualities. He was successful in Show and priced as elite endurance sire. I think this proves that both abilities are possible to be connected in one horse or even presuppose each other. Only a horse with healthy athletic legs can move easily and without restrictions, being impressive in show and efficient in endurance.

And of course there are drifts, trends, and bad breeders, but you have to know the difference between 'surfing' on fashion and a thorough, considered work. It's not comparable and in the show, as elsewhere, there's a bit of everything but the tragedy of the show is that it doesn't have a fixed, undeniable parameter like a stopwatch in racing. It's all about taste - but how do you want to evaluate taste objectively?

I enjoy watching arabian shows, they are useful for me giving me a means but not an end. For my own breed I am devoting the greatest part of my attention to find my own way." 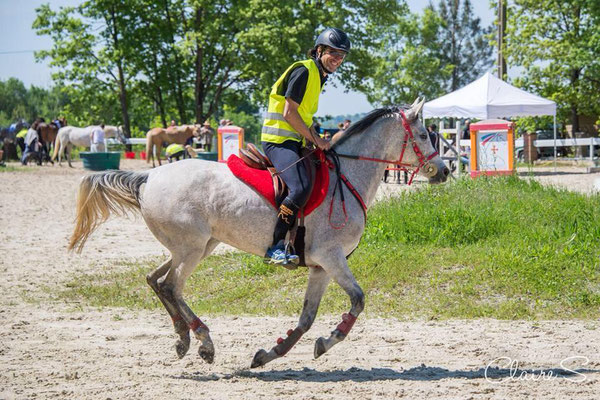 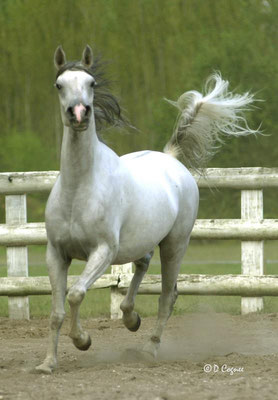 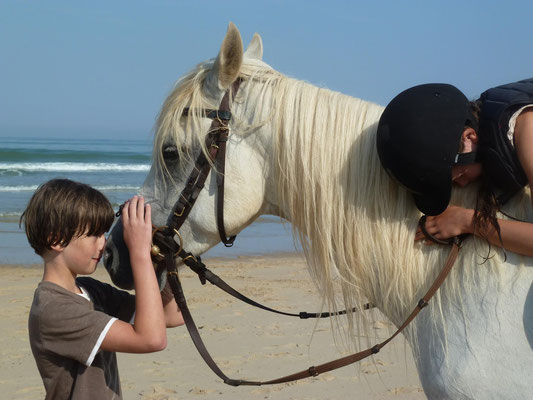 The proximity to the atlantic ocean and therefore the rather light winters allow us to keep the horses outside during the entire year. Our stud, at the headland of the Médoc, is a veritable dream manor to breed horses. 80 hectares of meadows and pastures optimise the health and well-being of our arabians.

The stable of our mares was an old store of wine, which we rebuilt to a very comfortable barn, consisting of 16 ample and intimate boxes. The other barn for our stallions and training horses harbours a riding hall, 22 boxes and a shower cubicle, etc. Another shelter situated in the middle of several huge paddocks, houses the other horses, which live in herds outside. Our Arabians are divided into age-independent herds so that they can naturally learn a respectful and social interaction with conspecifics and develop optimally. Especially the last point is very important to us. Only a horse that has been able to develop freely for at least the first 3 years, or even better the first 5 years, without any restrictions in its social and physical development, will have the best conditions for a successful training and a long, healthy life afterwards. 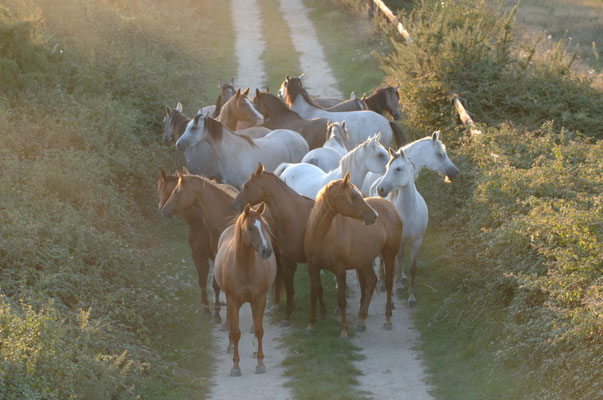 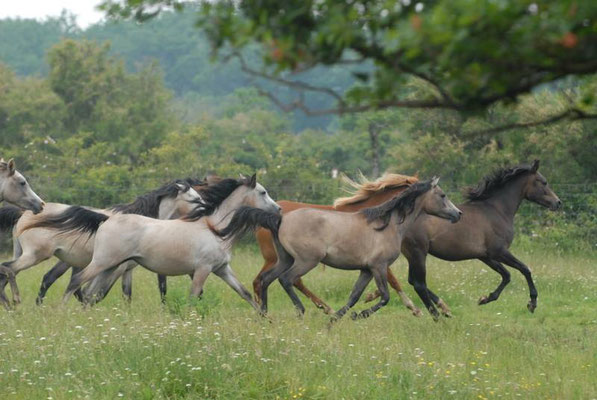 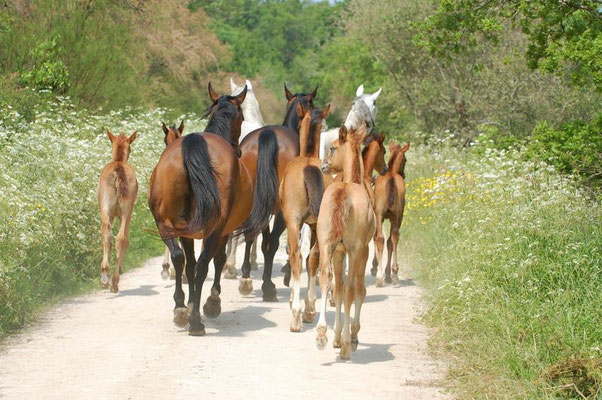 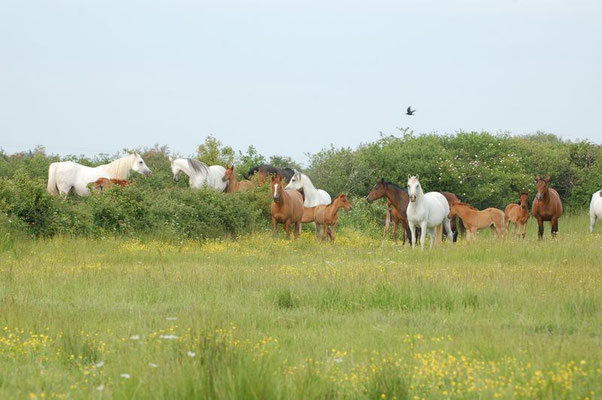 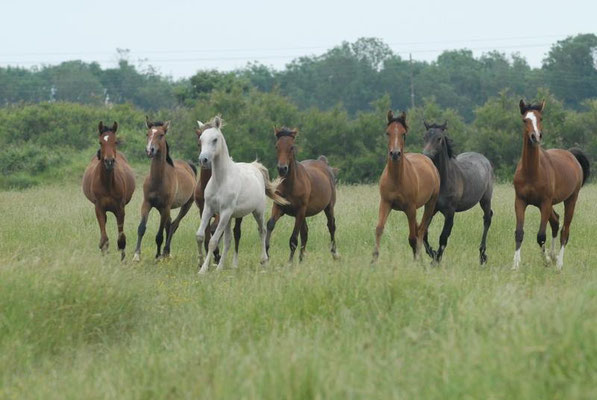 Gentle hint to the German nationalstud Marbach: Durra, the mother of Azziz de Gargassan, was born there in 1974. One year later Masan, the grandfather of Djin Lotois, was also born there. Different families but the same stud, which understood how to connect athletic and show qualities.. Just like Tersk did with Persik, Vatican, Drug ...